So after learning that the ‘Albany Skyway’; a multimillion dollar project to turn a highway ramp into a ‘recreational greenway’ overlooking the beautifully toxic eleven story ‘Central Warehouse’ (that can’t even be torn down due to environmental concerns that it will poison us all) will be going forward, nothing surprises us here at Times Boredom.

Another completely idiotic multimillion dollar transportation rehab-clownification scheme we’ve written about with unbridled derision before is said to be in the process of going forward as well.

Let’s see; $ 25 million for a ‘sky ride’ from the fucking rail station only rich politicians ride (the cost of a train ticket is more than 10 X that of a bus ticket any time of any day of the week) to an unnamed location in ‘downtown Albany’ (unnamed because, get this — it was originally to go to the fucking bus station!) 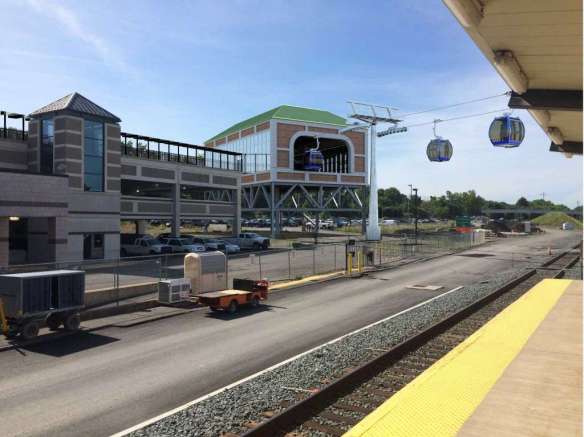 $ 3 million for the ‘greenway’ (in an area that already has multiple riverfront pedestrian bridges, sites, walkways, bikeways etc that are barely used — just head down there on a weekday from 9 to 5 when downtown isn’t empty and see who’s enjoying the millions of dollars already spent on ‘waterfront revitalization/beautification);

Together that’s $28 million.  And once a million $+ public works project begins, it usually doesn’t end until it’s at least doubled in cost.

How much does Mayor Sheehan keep saying our budget gap was?  Less than 1/5th of that.  How much do we spend on helping poor people who live in the inner cities of Albany and Rensselaer (gotta include that city too now since the gondolas start there) to make ends meet?  On environmental justice for poor people displaced by similar projects from the past?  On environmental justice for poor people breathing polluted air drinking toxic water being unable to safely cross the street as a result of other transportation projects that costed millions?  On subsidized bus fares for poor people?  On subsidized train fares for poor people that can’t currently afford to take the fancy government subsidized fancy boxcars (in case you were wondering Amtrak, like every airline, has never been profitable and has to be bailed out by your taxpayer money every fucking year) I’m guessing it’s less. Wayyyyy less.

Point is, we can’t even laugh at this anymore.  When it was proposals, it was funny.  Now that we’re spending real money on it, it’s sad.  If it gets built, tragic.  When  even Times Boredom stops laughing and starts getting all self righteous about public circus spending and exploitation of poverty stricken inner city residents, you know Albany’s in serious trouble.