As a hard hitting local journalist, I’ve been investigating why Albany consistently fails to rock out with its cock out for years. Ever since I got here, I noticed a wealth of great original live bands; punk, metal, hardcore, indie, etc.; but they never seemed to coalesce or play together regularly at any of the same venues. Over the years, people have attributed this to all kinds of factors, frequently the diversity of the music/atomization of the scene and people’s unwillingness to cross genres. Others blame it on that vomit inducing vodka and red bull drink, the decay of abstract expressionism, cross-dressing, Green Day, wearing your socks to bed at night, etc.

To research further, I’ve traveled to much smaller towns like Saratoga Springs and Burlington, even as small and far north as Plattsburgh. However, even in the winter you can hear the sound of live music everywhere in these towns. When the clock strikes midnight, people are on the streets shouting drunkenly, looking for the next show or pizza place to keep rocking. Albany, on the other hand, is a much bigger yet quieter town with tiny pockets of rock that never seem to last. WTF?!

I recently sat down with former City Planner/Councilmember Grendel Moses and found out why. 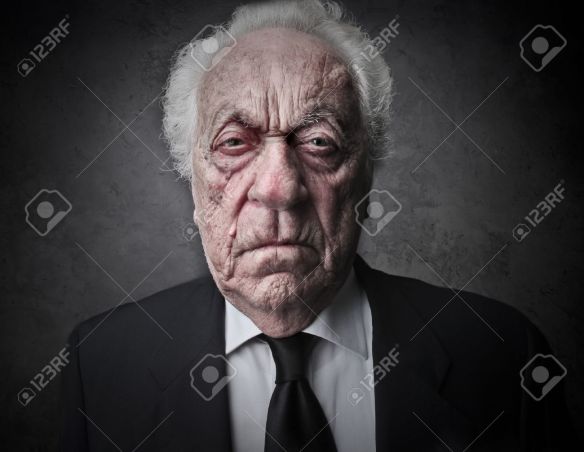 “I love cities, but only the good, traditional American daylight side. I love to see gangs of bankers and bureacrats walking through kafkaesque mazes after parking their cars a mile away. I love the site of 3 piece suits silhoutted against unnecessarily tall phallic structures and plazas calmly talking about boring shit like interest rates and tax burdens.

“As a city planner and politician what I HATE HATE HATE is live rock music and local art in general. That’s the kind of shit that leads to fun-filled riots. I just want all the nice smelling straight laced businessmen to leave Albany empty after 6 PM, and have it completely anti-septic when they get back Monday morning. About forty years ago, I single-handedly set in motion the dismantling of rock in Albany. And here’s how;

“Far as I’m concerned, the best way to engender rock is to have a centralized downtown location where young people live and college kids can get to. This breeds live, original music, and a community where arts can thrive and young punks can get together and have fun. I obliterated that shit with divide and conquer.

“You think ‘Sprawlbany’ means there’s lots of suburbs? Bullshit! There’s suburbs everywhere in America. What I did was to make the city itself a bunch of suburbs surrounded by dangerous neighborhoods. That way nobody could walk or party anywhere without worrying.

“First thing I did was kill anything cool on Lark Street. Best way to do that is subsidize and permit shitty bars that play garbage music on the jukebox (Nickelback’s my favorite. I’ll walk into any bar on Lark, play a whole Nickelback album and watch people yawn and go home). Any live music venue was shut down. Took me twenty years, but I knocked down the entire park south neighborhood just to get rid of Valentines.

“Same deal with Pearl Street; only a different strategy there worked way better; dress codes and discos. You put a bunch of well dressed people stinking of cheap cologne in a bar where they serve expensive beer and french fries, and you’ve got a lethargic contingent of zombies looking for sex for about twenty minutes before they get tired and realize it’d be better to make the long drive home now so they can catch up on episodes of The Good Wife on their TiVo.

“Next, I further divided and conquered through incentives; live music can spring up and spread like cockroaches, especially when punk and metal came around and anyone could do it. So I handed out subsidies to anyone that would relocate their club to a remote location, away from walking distance of anywhere, in bad neighborhoods ‘mid-town’, even got a couple up and running way down by the river on the Ghost side of town. Then I ensured that only dad-rock and bands that covered crap like ‘Oh! What a night’ played at the big downtown locations. It was beautiful.

“And that my friend is how I killed your scene. It’s too much of a hassle to rock out in Albany now. Everyplace is so far you have to drive, and if you drink enough to have fun you’ll get a dwi and not be able to leave your house! You might as well move to Saratoga, where the streets are safe and the college kids mingle with the twenty somethings. Though I’ve been talking to their zoning boards too…”

I asked him why the fuck he cared so much about what happens in the city after he’s home in his suburban bedroom community. Why did he have to take away the small joys I had as an Albany resident that likes rock music?

He goes on like this for twenty minutes before I decide to just leave. There’s a band I like playing tonight but it’s a long drive and none of my friends are going. It’ll be much easier to buy a bottle of booze, watch Rick and Morty again and drink myself to sleep.